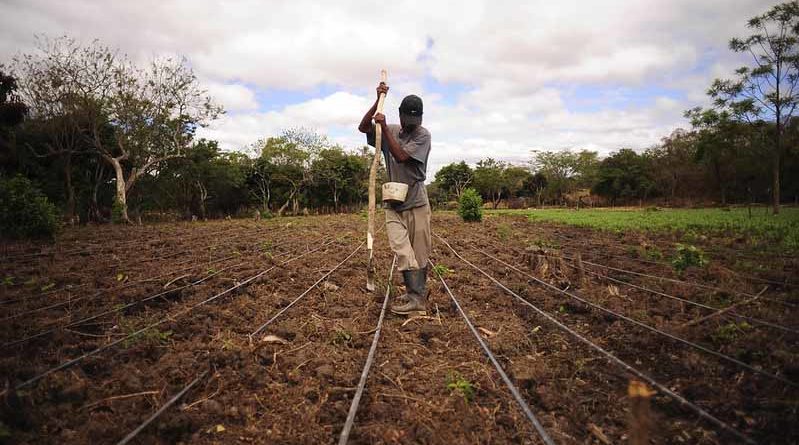 18 July 2020, Chandigarh: Despite the increase in irrigation resources, about 20 percent of the total cultivable land in Haryana comes under dry land farming, which is mainly dependent on rainfall said Vice Chancellor, Chaudhary Charan Singh Haryana Agricultural University, Professor Samar Singh. In order to increase the yield of Kharif Crops under unfavourable conditions, farmers should adopt timely management in arid areas.

He said that with Bajra being the main crop of the Kharif season, its production in arid regions also has an important contribution. The total rainfall that the State receives occurs for just two months from mid-July to mid-September. If we look at the amount of rainfall, arrival and return of monsoon within the last 10 years, many times the rainfall has been less than normal and many times there has also been a drought situation.

He said that farmers in dry areas mainly face problems concerning lack of rainfall, lack of proper distribution of rainfall; early withdrawal of monsoon and absence of prolonged rainfall. These areas receive an average rainfall of 300–500 mm annually and this amount of rainfall does not suffice and farmers do not get optimum yields. Therefore, due to the erratic distribution and aforementioned reasons keeping these circumstances in mind, timely management is very important for the farmers.

Dr. Surendra Kumar Sharma from the Department of Agriculture Sciences, Chaudhary Charan Singh Haryana Agricultural University, said that farmers can increase the yield of their crop by taking special care for timely management. He said that during this time farmers can use HHB 67 modified variety of Bajra as it is a short duration variety and gives good yield even after late sowing. Bajra can be sown till the last week of July. Transplanting of three- week-old nursery plants of Bajra can be done from late July to second week of August. Apart from this, Moong, Lobiya and Gavar can be sown till the first week of August.

He said that if the crop faces drought during its initial stages, the saplings can be planted on uncultivated land after it rains again. Also, the farmers can mulch the land.  He said that if there is continuous rainfall at the time of sowing, then the dry fields should be sown by trench method using reeder-seeder. Before the monsoon rains, the Bajra plant should be prepared so that the sapling can be planted immediately after the rains.

He said that if the monsoon retreats sooner than usual, every third line of Bajra can be cut and used in fodder. In addition, after weeding the crop, mustard husk can be mulched at the rate of 4 tonnes per hectare. In addition to this, if possible, rainwater collected by preventing rain runoff can irrigate crops in sensitive condition.