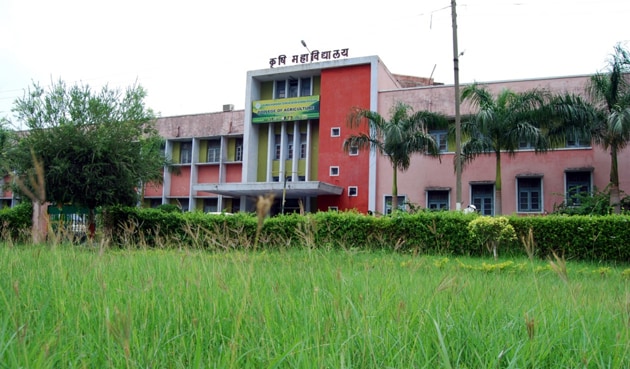 The low ranking of 58 year old university Jawaharlal Nehru Krishi Vishwa Vidyalaya (JNKVV) is unfortunate and is blamed upon the state government for not upgrading the various aspects of agriculture education, research and development. There are 7 agricultural colleges, 2 horticulture colleges, 1 agricultural engineering college along with 9 research centres and 22 Krishi Vigyan Kendra (KVK) which are operated by the university.

The economic development of the state is related to the prosperity of the rural society, especially the farmers. The economic progress of the farmers is dependent on the advanced technology of agricultural education, research and agriculture. It is a matter of concern that ranking of both the Agricultural Universities has fallen at national level.

As per the Deans Committee of the Indian Council of Agricultural Research, the student-teacher ratio should be 1:5. JNKVV Jabalpur has a total of 329 posts of teachers sanctioned, against which only 164 posts are filled. At the same time, 927 non-academic posts are approved, against which only 362 posts are filled. Filing up vacant positions is one of the key aspects of ranking at National level. Proposals were sent from time to time to the state government for hiring approval through the State Agriculture Department but never approved. Due to the indecisiveness of the state government, the ranking has gone beyond 45.

Similarly, approval was given by the state government to open Agriculture College at Khurai (Sagar), Horticulture College in Rahli (Sagar) and Chhindwara, but there was no substantial funding for college infrastructure and salary allowances. Due to this, the recognition of these colleges will be adversely affected. On the same line, proposal to open more than a dozen new agricultural colleges is under consideration with the government.

Comparing the financial aspects, about 124 crores was approved by the state government for salaries in the year 2017-18, which grew year on year, but in the year 2021-22, the government had approved only 84 crores in salary allowance.

There are a few research schemes in the university with 25% share of central government and state government where technical and non-technical posts in these projects are lying vacant for a long time and is not being approved by state government. At the same time, approval was sought to fill up vacant posts in 100 percent funded schemes of the central government, but due to lack of approval from the government, the work of agricultural research and agricultural expansion lags behind and affects the rank.

The rank and recognition of agricultural colleges, students’ education, agricultural research and agricultural extension are being adversely affected due to the negligence of the state and the results are evident with falling ranking every year.