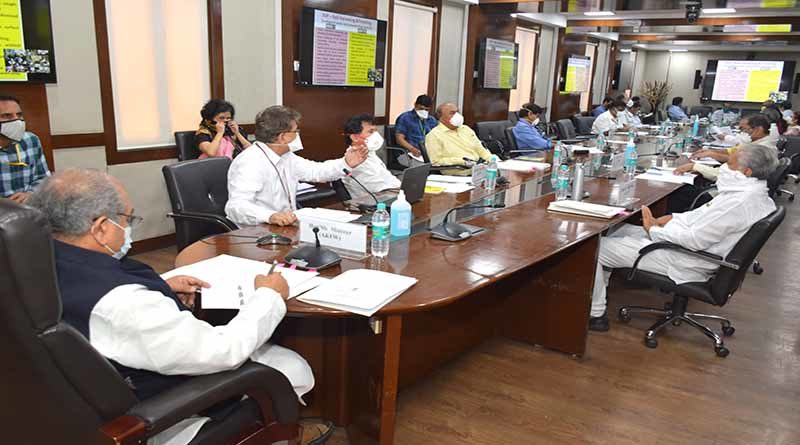 The government has set the foodgrain production target for the year FY 2020-21 at 298 mn tonnes. This has been set keeping in view the increase in productivity and better farmer practices.

The Union Minister of Agriculture and Farmers’ Welfare, Shri Narendra Singh Tomar has said that all States should aim to achieve the kharif target and doubling of farmers’ income should be taken up in mission mode. Addressing the National Conference on Kharif crops 2020 through video conference, he assured the States that the Government of India will remove any obstacles that the States are facing.

The main aim of the National Kharif Conference was to discuss various issues and list out steps in consultation with the States about preparedness for Kharif cultivation in view of the lockdown situation.

Shri Tomar said that the extraordinary situation due to the Coronavirus has to be met with a fighting spirit by the Agriculture sector and everyone has to rise to the occasion and perform.

Shri Tomar urged the states that the two schemes, – PM Fasal Bima Yojana and Soil Health Card scheme, should be explained to each farmer.

The Minister of State for Agriculture, Shri Parshottam Rupala, while addressing participants of National Conference, said benefits of the PM Fasal Bima Yojana should be explained to the farmers. Besides having record foodgrains production last year (2018-19), country has also produced about 313.85 million metric tonnes of horticulture produce from an area of about 25.49 million hectare, which accounts for about 13 percent of the total world production of fruits. India is the second largest producer of vegetables, after China, he said.

In his address, the MoS (Agriculture) Shri Kailash Choudhary said that in the present situation of climatic change along with change in rainfall pattern, achieving record foodgrains production of about 285 million tonnes in 2018-19 which is further likely to increase to 292 million tonnes during 2019-20 is remarkable.

Shri Sanjay Aggarwal, Secretary (Agriculture, Cooperation and Farmers Welfare), in his  concluding remarks, said that although our country has  become food surplus, but still  we have to accelerate the production and productivity of agriculture and horticulture sectors for ensuring food and nutritional security in the rural areas.

Making a detailed presentation on the strategies for crop management in Kharif season especially during the pandemic lockdown, Dr. S. K. Malhotra, Agriculture Commissioner said that cultivable/agriculture land has reduced by about 2.74 million hectare during the last two decades (1988-89 to 2018-19). However, during the same period the gross cropped area has increased from 182.28 million hectare to 196.50 million hectare, with net area sown remaining largely unchanged at 140 million hectare. He further cited that production of foodgrains has increased from 169.92 million tonnes to 284.96 million tonnes in the corresponding period due to various technological and policy interventions. Dr. S. K. Malhotra mentioned Foodgrains production target for FY 2020-21 fixed at 298.0 million tonnes

As regards the Rabi crops, it has been decided that all States will ensure procurement at Village/Block levels as farmers are not allowed to move out of block due lockdown position. In addition, all States are taking steps for Direct Marketing/purchasing of crop produce from farmers.

Advisory/Guidelines have been issued to the all States and relaxation given for movement of trucks/ vehicles loaded with seeds and fertilizers to ensure timely availability of such inputs at Village/Block levels across the country. Government has also strengthened the e-NAM system to provide farmers an electronic online trading platform and better economic return to the farmers. 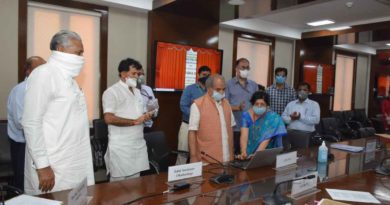 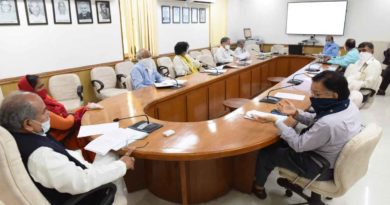 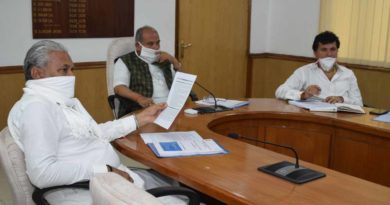