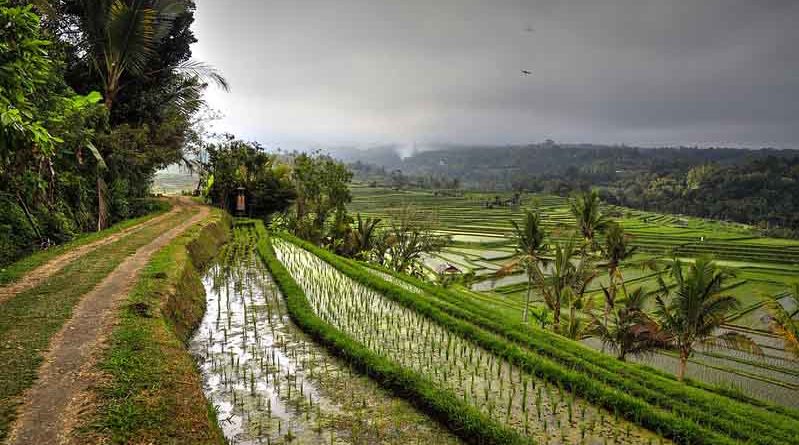 19 March 2021, New Delhi: The Government has adopted several developmental programmes, schemes, reforms and policies, that focus on higher incomes for the farmers.

In the Budget Announcement 2021-22, allocation to Micro Irrigation Fund has been doubled to Rs 10,000 crore and Institutional Credit has been increased to Rs 16.50 lakh crore. A list of achievements of the Government are mentioned below:

●  Government has increased the MSP for all mandated Kharif, Rabi and other commercial crops with a return of at least 50 per cent over all India weighted average cost of production from 2018-19.

Increase in procurement from farmers

Income support to farmers through PM KISANLaunch of PM-KISAN in 2019 -an income support scheme providing Rs. 6000 per year in 3 equal instalments. A total of Rs. 115276.77 crore has been released so far to 10.74 crore farmer families.

Pradhan Mantri Fasal Bima Yojana (PMFBY)PMFBY was launched in 2016 addressing problems of high premium rates for farmers and reduction in sum insured due to capping. In past 4 years of implementation – 23 crore farmer applicants enrolled and over 7.6 crore farmer applicants have received claims of over Rs. 90,927 crore. During this period nearly ₹17,510 crore were paid by farmers as their share of premium against which claims of nearly ₹90,000 Crore have been paid to them. Thus, for every 100 rupees of premium paid by farmers, they have received Rs. 520 as claims.

●  Benefit of concessional institutional credit through KCC at 4% interest per annum has also now been extended to Animal Husbandry and Fisheries farmers for meeting theirshort term working capital needs.● A special drive has been undertaken since February 2020 to provide concessional credit to PM-KISAN beneficiaries through Kisan Credit Cards. 179.08 lakh KCC applications sanctioned and Rs. 168368.33 crore loan sanctioned as part of the drive.

Providing Soil Health Cards to farmersSoil Health Card Scheme was introduced in the year 2014-15 to optimize usage of nutrients. Soil health cards have been issued free of cost to nearly 11 crore farmers under a nationwide program.

Promotion of organic farming in the country

●  Paramparagat Krishi Vikas Yojana (PKVY) was initiated in 2015-16 to promote organic farming in the country. 30934 clusters have been formed and an area of 6.19 lakh ha has been covered benefitting 15.47 lakh farmers.

Neem Coating of UreaNeem Coated Urea has been introduced since 2015-16 to ensure long availability of nutrients in the soil by slow release of nitrogen. It has also helped in curtailing diversion of urea for non- agricultural activities.

Agri Infrastructure Fund
Rs. 1 lakh crore Agriculture Infrastructure Fund (AIF) has been launched to provide medium to long term debt financing for investment in viable projects for post-harvest management Infrastructure and community farming assets through 3% interest subvention and Credit Guarantee support for loans upto Rs. 2 crore. As on date, 3055 projects of Primary Agricultural Credit Societies worth a loan amount of Rs. 2991 crore have been sanctioned by NABARD. 1134 Projects (other than PACs) worth Rs. 1155 Crore have already been approved by PMU for financing under the scheme.Rs.286 crore has been sanctioned by banks for 276 projects.

Scheme for Formation and Promotion of 10,000 FPOs launched with a total budgetary provision of Rs. 6865 Crore in February 2020.

Pradhan Mantri Krishi Sinchai Yojana (PMKSY)Per Drop more Crop component of Pradhan MantriKrishiSinchaiYojana(PMKSY – PDMC) aims to increase water use efficiency at the farm level through precision micro irrigation technologies i.e. drip and sprinkler irrigation systems. Additional 51.54 lakh hectare area has been covered under micro irrigation from the year 2015-16 till date in the country. An amount of Rs. 13473.37 crore as central assistance has been provided to states under PMKSY since 2015-16.

● Major changes were made in disaster relief standards and assistance amount of all categories was increased by one and a half times.● Earlier, compensation was payable only on crop loss of more than 50%. Compensation is now payable even if the loss is 33% only.

● The Ex-gratia payment to families of deceased victims of natural disasters has been increased from Rs.1.5 lakh to Rs.4 lakh.

● Admissibility of assistance has been increased from one hectare to two hectare.

Setting up of E-NAM extension Platform

● Kisan Rail has been launched to exclusively cater to movement of perishable agrihorti commodities. First rail was started in July 2020. Currently 34 Kisan Rails are being operated by Indian Railways.

20. Creation of a Start-up Eco system in agriculture and allied sector

452 start-ups in the agriculture and allied sectors have been selected for funding for a sum of Rs. 48.08 crore in instalments and Rs.20.90 crore has been released as a 1st instalment for funding these start-ups. These start-ups were trained for two months at various agribusiness incubation centres i.e. Knowledge Partners (KPs) & RKVY-RAFTAAR Agribusiness Incubators (R-ABIs).

21. Successful control of Two major Locust Attacks in the country in 2019-20 & 2020-21 by aggressively carrying out control operations including use of drones for locust control.