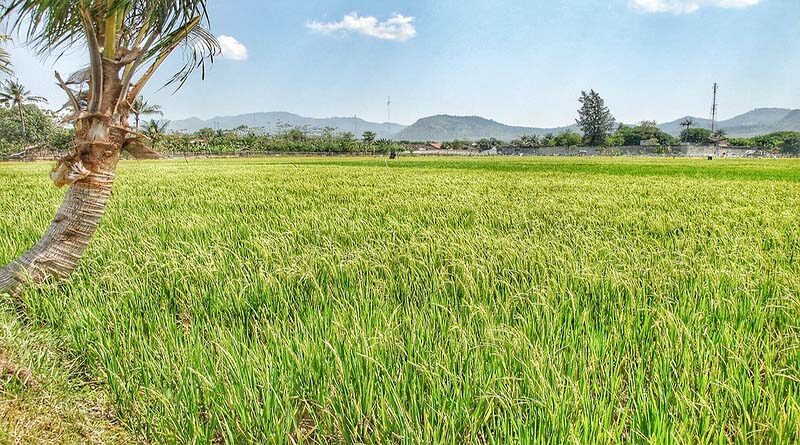 Horticultural crops are promoted under Mission for Integrated Development of Horticulture (MIDH). To maintain the supply chain and support to the farmers in selling their perishable produce, Government has also rolled out a scheme “Creation of Integrated supply chain for Fruits and vegetables in Major cities” during 2020-21.

Government has taken several steps with adequate budgetary provisions to develop robust and integrated agri logistics systems in the country for transportation of agri-produce. Government of India has launched “Kisan Rath” mobile application to facilitate the Farmers, Farmers Produce Organisations (FPOs) and Traders in hiring vehicles for transportation of agri-produce. This mobile application is also integrated with National Agriculture Market (e-NAM) portal for facilitating load requests of traders registered in e-NAM portal. The mobile application is available in both Android and iOS versions in 10 different languages including Hindi and English.

Further, as per the details received from Ministry of Railways, Indian Railways have operated 208 Kisan Rail Services on 24 routes for transportation of fruits, vegetables and other perishables. Further, in order to facilitate storage of perishables, temperature controlled Perishable Cargo Centres have been established at Nashik, Singur, New Azadpur, Raja Ka Talab/Varanasi, Ghazipur and Fatuha. In addition, cold storage Reefer Park has been developed at Inland Container Depot, Dadri and a cold storage facility has been established at Rai, Sonipat.

In addition to above, As per the information received from Ministry of Civil Aviation, Government of India, the policy, regulatory and legal framework has been strengthened through the measures and initiatives envisaged in the National Civil Aviation Policy 2016, the National Air Cargo Policy Outline 2019, and the Krishi Udaan Scheme approved on 10 September 2020. Institutionally, the AAI Cargo Logistics and Allied Services Company Limited (AAICLAS) has been set up as a wholly-owned subsidiary of Airports Authority of India (AAI) in 2016 for business development of air cargo, logistics and allied services at various airports. Airports, including cargo terminals, and cold chain facilities and warehouses, have been included in the harmonised list of Infrastructure for fiscal support. Cold storage facilities are available at 28 airports operated by AAICLAS, besides at every JV airport. The Varanasi cold chain facility has been augmented to 5 MT capacity for agri and pharma perishables. The joint venture airports have also been periodically upgrading their capacity, and notably, the world’s largest and uniquely segregated Cold Facility for agri and pharma products was launched at Mumbai Airport on 19 February 2020.

This information was given in a written reply by the Union Minister of Agriculture and Farmers Welfare Mr. Narendra Singh Tomar in Rajya Sabha.